A Classroom with a View 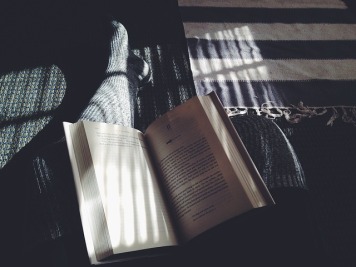 In my previous post Building a Culture of Reading through Choice, I discussed how teachers might create more avid and willing student-readers by offering multiple texts from which students may choose rather than one compulsory text read by the entire class. I received many emails asking how I implement this in my classroom, how I choose books, and how I facilitate student learning when there are several different texts. Since so many people were interested, I thought why not just write another post? As any teacher knows, if one student asks a question, there’s probably 8 or 9 others who were wondering the same thing but were too shy to ask. So–to those of you who emailed: I hope this helps; and to those who were too shy to ask: don’t be! (I know–completely unhelpful advice).

As I stated before, I don’t like being told what to read, especially if I’m told to read it because it’s a “classic” and “canonical.” On my own, if still a bit begrudgingly, I decided to read Moby Dick and David Copperfield because peer pressure still has some power and I had to see what END_OF_DOCUMENT_TOKEN_TO_BE_REPLACED

Correlation between Critical Thinking and Developmental Levels of Critical Writing

Judging a Book by its Cover: Teaching Theme

Theme seems like a no-brainer–it’s the universal truths we find in a text that make it relevant to the human experience. Yet teaching theme can be quite challenging. Students have difficulty grasping the concept, and I am not sure if it’s because they don’t know how to phrase a theme statement or if they simply don’t have quite enough life experience to recognize grand human truths (we’ll set aside semantics for now and operate on the premise that there are “human truths” by which we live). END_OF_DOCUMENT_TOKEN_TO_BE_REPLACED

A Pinch of Peace, A Dash of Joy 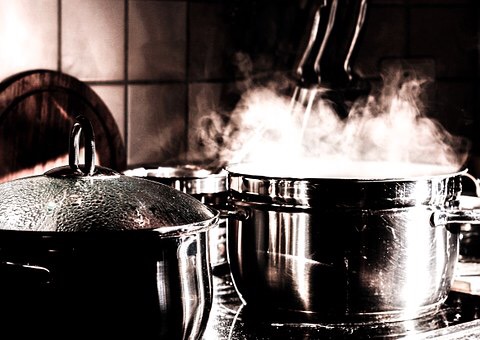 In case you haven’t figured it out yet, I’m a pretty busy woman. Between teaching 150-something students, leading an English department, coaching 6-12th grade ELA teachers, directing our district’s AP programs, advocating on behalf of students and teachers at the state and national level, completing a dissertation, blogging, consulting, scoring, mentoring, and enjoying my precious little downtime with my (very patient) husband, people are always surprised when I say that I cook dinner. Every night. And that I enjoy cooking. They’re even more surprised when I say I have it ready and on the table when my husband gets home from work. Strange looks are cast my direction, women have visions of placing a plastic bag over my face, people tilt their heads as if asking, “Are you for real, lady?” Even my students are astonished: “Bailey, you cook?! Real food??” END_OF_DOCUMENT_TOKEN_TO_BE_REPLACED

Shakespeare: To Teach or Not to Teach, That is the Question

Speaking from experience, I can honestly say there is no job, area of study, or political camp more bloody than an English department. If you want to instigate war and ensure a battle to the death Roman Gladiator-style, simply state loud enough for four or five people to hear, “There’s no point in teaching Shakespeare anymore.” Then sit back with your popcorn and your body armor, and let the games begin.

As a scholar and PhD candidate, I’ve seen my share of in-house feuds among professors and within areas of study. You have the Renaissance and Victorians on one side of the divide and the Post-Modernists and Literary Theorists on the other. Somewhere in there, the Folklorists and Rhetoric guys are wandering the desert like the Israelites, trying to find the Promised Land. The vitriol within a university English department is quite unlike anything you’ve ever seen, and the battle for research money is indeed a nasty one. Thus, it’s no wonder there are so many turf wars; but the major battle is in deciding (or rather lobbying for) which works should be included in the Canon, and thus, which works should always be taught. Dante? Chaucer? Shakespeare? Milton? Of course. Pope? Swift? Jonson? Johnson? Yeah, okay. Barrett-Browning? Austen? the Brontes? Eh, they’re women, but I guess they can join. Woolf? Auden? Plath? Wait a minute. Let’s fight about this. END_OF_DOCUMENT_TOKEN_TO_BE_REPLACED

In my last Global CXN post (click here to read Part 1), I talked about how our group started and the initial “getting to know you” stage of the interactions. Once students learned a little about each other and found a common project to undertake, work got underway and students have enjoyed their collaboration. However, getting them on a reliable, functional, collaboration-friendly platform has been a hit-and-miss operation for Vietnam GCXN facilitator Daniel Rymer and me. While we have most of the kinks ironed out now, it was off to a dubious start three months ago.

When we first started in September, I knew getting our students on a platform that encouraged discussion and collaboration was going to be a challenge. Not only were we facing a 12 hour time difference that could stymie any sort of real communication, but also The Olympia Schools is a Google platform school, whereas La Porte ISD is an Office 365 school. My school district blocks all things Google except for Google Search and previous requests to unblock Google have always been met with rejection. Too, END_OF_DOCUMENT_TOKEN_TO_BE_REPLACED

Dedicated to truth-telling for democracy.

The wonder-filled life of a single older-ish mom.

My B+ Attempts at Being All That

I'm funny. I promise. If you don't believe me, ask me; I'll set you straight.

Essays on Education and on Life

It's time to get hella serious about writing!

Musings and books from a grunty overthinker

only the truest of facts

one terrible comic per weekday, by Ryan Morrison